On May 30, after having several exceptionally hot days with the maximum temperature exceeding 30 degrees Celsius unlike in May, we observed about 50 fireflies flying with flashing light over the river bank. 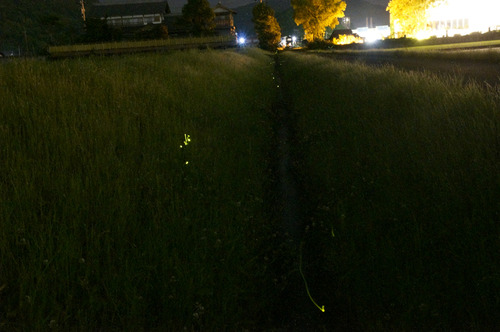 It was a little chilly at night. It was unbelievable that we had had such hot days until the day before, but temperature at 18:00 was actually below 15 degrees Celsius. However, the fireflies showed us beautiful illumination with a touch of fantasy. Maybe because it was quite windy, they did not fly for a long time on that day.

We hope we would be able to enjoy watching fireflies flying beautifully over the next couple of weeks. 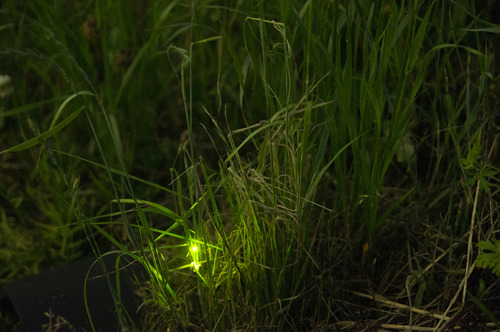 While taking photos of the fireflies, two men who was running along the river approaches to us and said "It is so nice to run around here because we can enjoy fireflies every year." 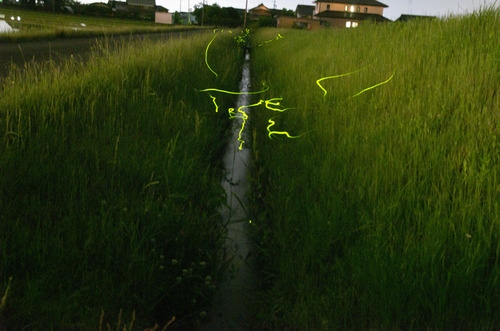 To protect this environment, we have continued activities, such as cutting weeds of the river banks even in the hot weather, making examinations of the river water with 4th-grade children from Ono-Kita Primary School, etc.

We felt that the gentle light of fireflies at this time of the year is partly the outcome of our steady efforts, being convinced of the importance of the firefly protection project.

We would like to continue our activities of cutting weeds or cleaning rivers in order to maintain this environment for fireflies.