Victory of Aston Martin Racing
in 6 Hours of FUJI 2019

Aston Martin Racing, which Immun'Âge has been supporting as official partner, entered 3 machines, two in GTE Pro Class and one in GTE Am Class at the 6 Hours of FUJI held in the FUJI SPEEDWAY in Japan from October 4 to 6, 2019.

They took the first and third position in the LMGTE Pro class and the both finished on the podium! In LMGTE Am class, TF Sport made a class victory in Vantage GT, which means that the Aston Martin Vantage GTE clinched its first double victory in the FIA World Endurance Championship.

Winning drivers on the podium, Congratulations to Nicki & Marco!

WEC stands for the FIA World Endurance Championship, which is a world's premiere endurance racing series to compete with durability and speed. In the WEC, different categories of cars in a total of 4 classes race at the same time and two of three drivers in a team drive a single car by turns. 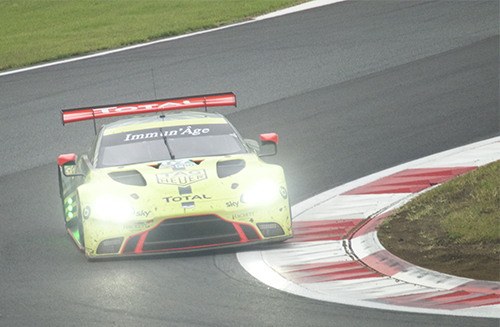 Car #97 exhibited dynamic running at the FUJI SPEEDWAY in autumn

↓Click here for the high light of the race day↓

Endurance race is one of the most severe sports in the world, in which they race a long distance for a long time at super high speed. Since 2005, Immun'Âge has been supporting health of Aston's drivers and mechanics with FPP. FPP is vital for the team crews who travel all around the world.

On Saturday October 5th, the weather was beautiful and Aston Martin Racing made a good start and qualified 3rdin both in GTE Pro and GTE Am. On Sunday October 6th, it was a little rainy when the race started. At the very beginning of the race, three cars including AMR car #98 (Darren Turner／Paul Dalla Lana／Ross Gunn) in GTE Am class got involved in an accident unfortunately. In GTE Pro class, car #95 Aston Martin Vantage AMR（Nicki Thiim／Marco Sørensen）was controlling the race at the early stage. Car # 97 was also doing very well and even briefly took the lead. The car #95 kept taking the lead until the end and the car #97 finished in the third, marking the first time Aston Martin Racing has recorded a double-podium finish in GTE Pro. 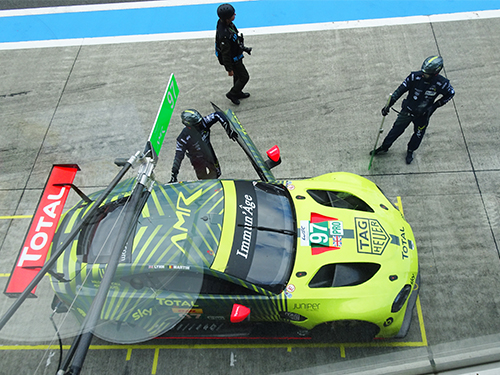 Checking the condition on the qualifying day 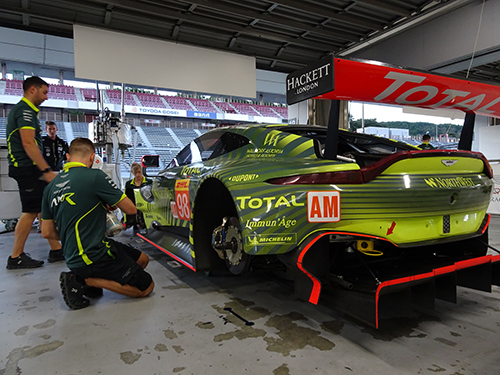 Fixing up the make-up of the car by mechanics 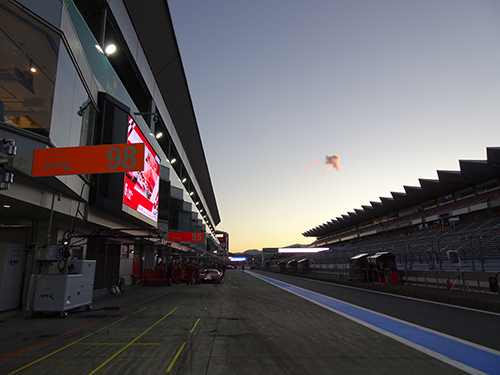 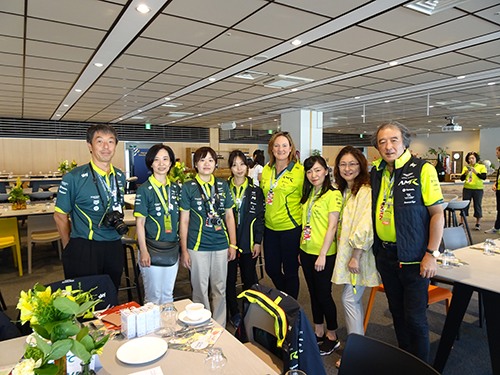 all the staff on the race day 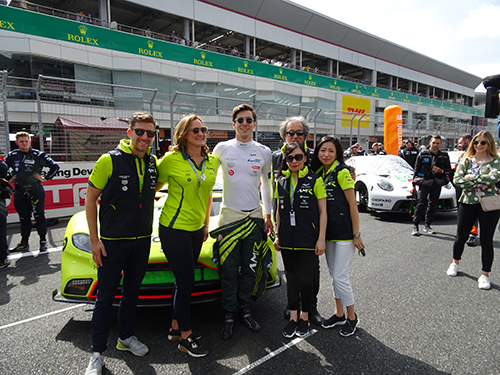 Driver Alex (in center) and Aston members in the Grid Walk 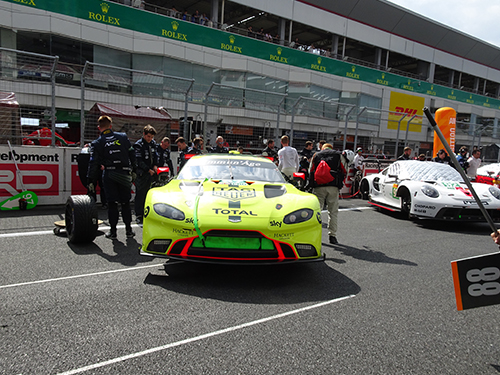 It's very unusual to have such a wonderful weather in 6 Hours of FUJI
Aston is also shining! 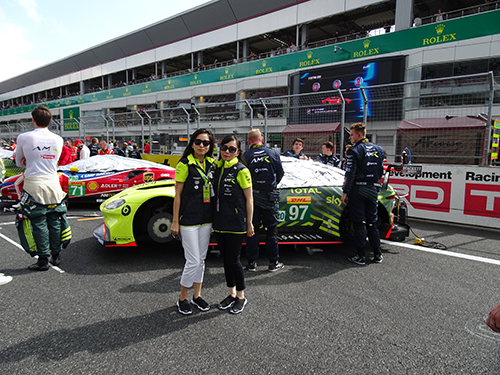 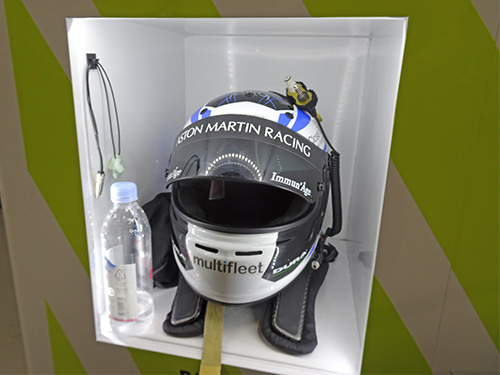 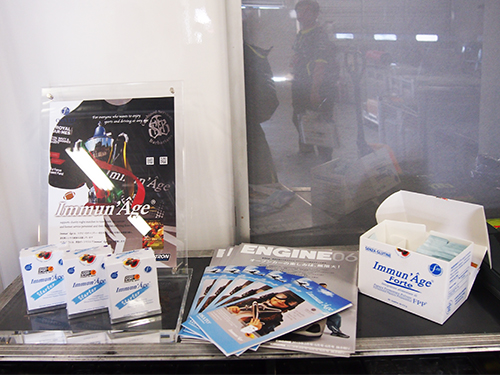 Immun'Âge is needed in a pit of AMR. 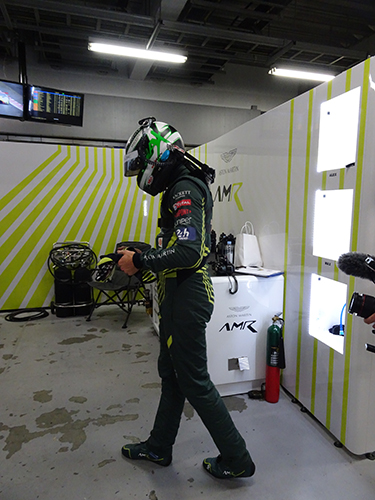 Ready for the stint 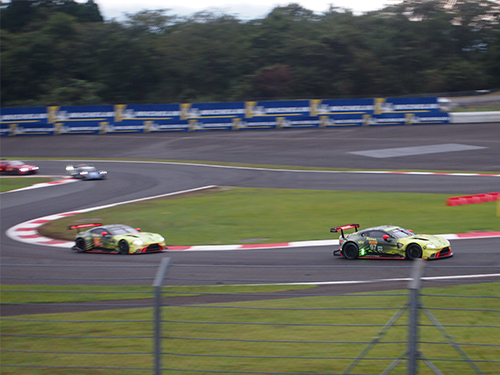 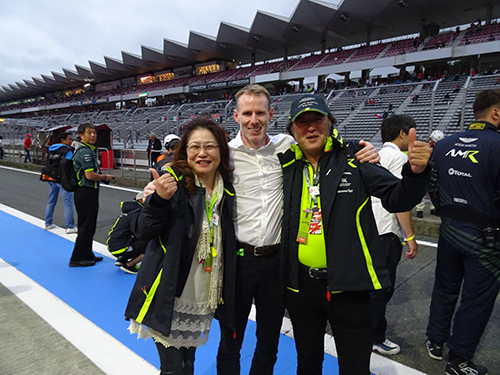 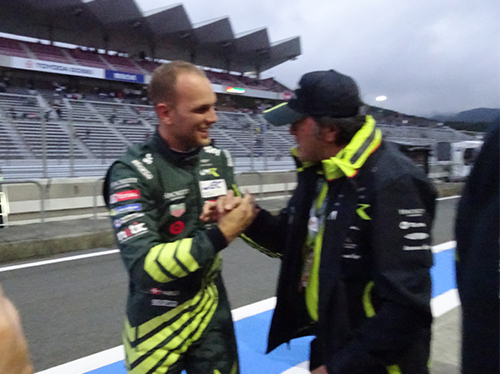 Marco said to me "Sorry for taking so long to win at FUJI"
What a nice guy. Thank you indeed. 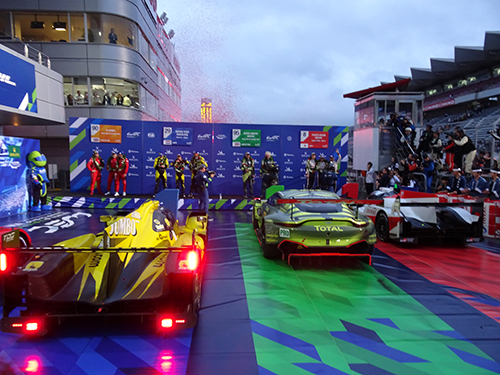 Winner in each class displayed in front of the podium 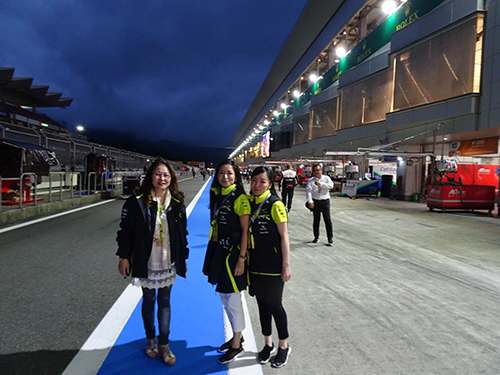 The podium ceremony was over with tranquility.