The Giro d'Italia is a professional bicycle race that navigates throughout Italy. It was the 99th race since it was first organized in 1909.
It has been held annually in May for 3 weeks and known for its steep and difficult climbs. While Tour de France is called the world's largest bike race, the Giro d'Italia is called the world's greatest bike race. 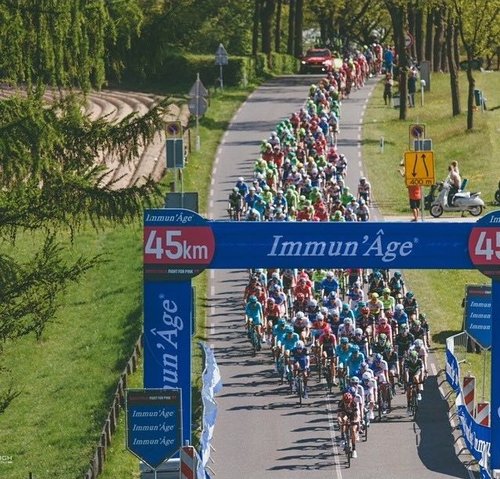 The long stage race started on May 6 and will finish in Turin (Torino) on May 29.
Immun' Âge supports this road race with its 99-year history as a sponsor. We can see the caravan car of Lamborghini Huracán with Immun' Âge logo here and there during the race. We hope the audience will also take care of themselves with Immun' Âge to cheer the riders. 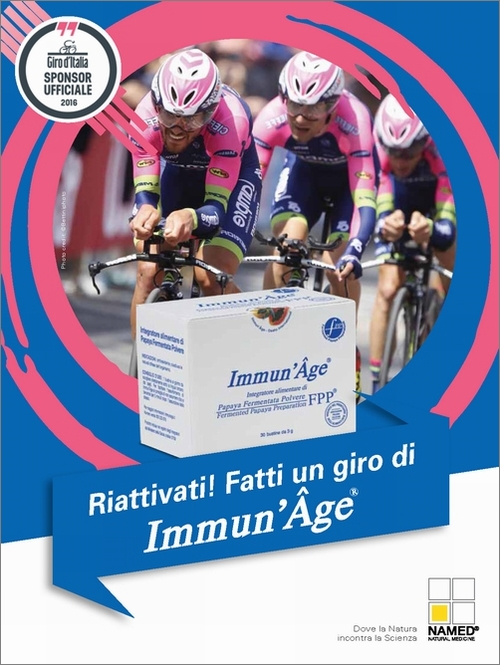 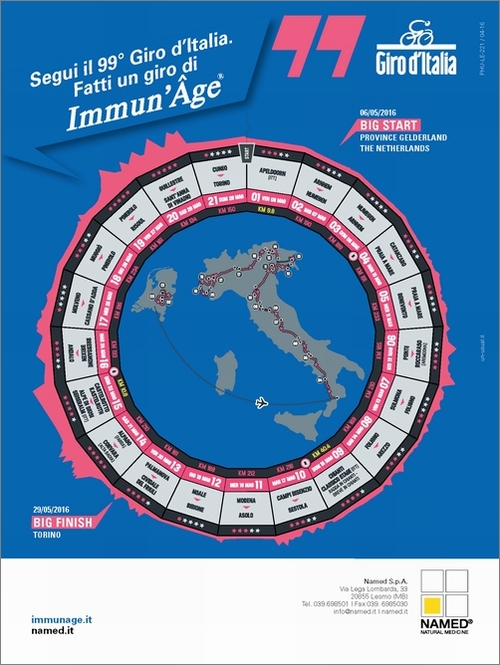 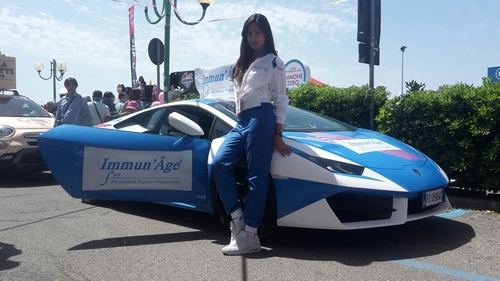 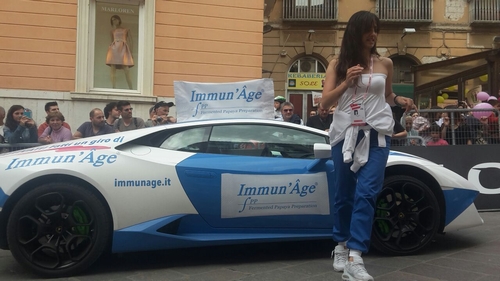 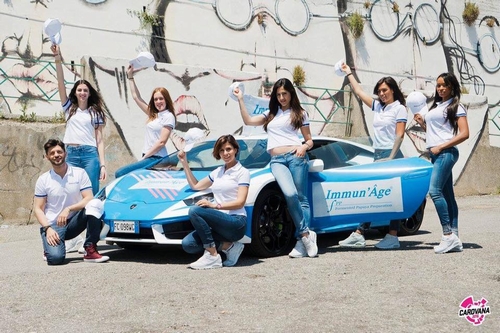 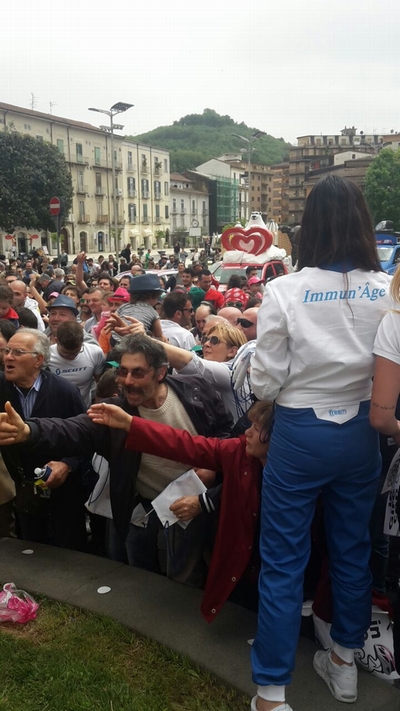