"FORMULA1" is one of the best motorsport races.

Immun Âge ad has appeared in the official race program for the British Games held July 12-14, 2019.

FORMULA1 (F1) is a race with a history of about 70 years that started in 1950 at the Silverstone Circuit in the UK.

ImmunÂge has been supporting young drivers as "YOUNG DRIVER PATRONS" of the "British Racing Drivers Club (BRDC)" since 2016, and BRDC is also the owner of the Silverstone Circuit where F1 is held . Hoping that the young drivers supported by Immun Âge will be able to make their dreams come true to become F1 drivers in the future, we deuded to run this advertisement upon request. 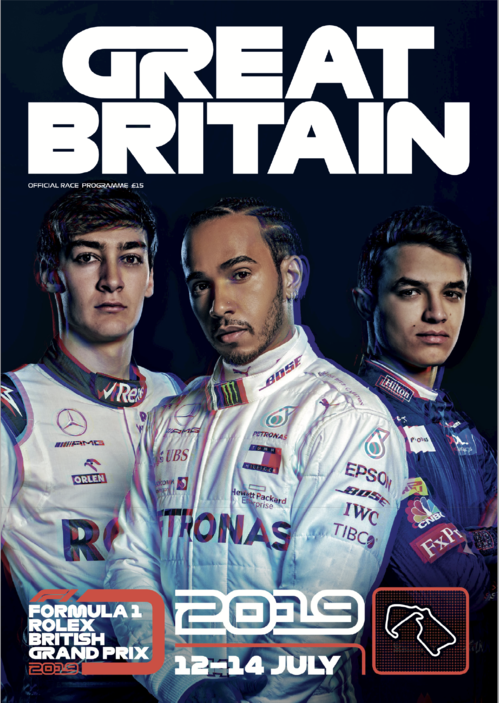 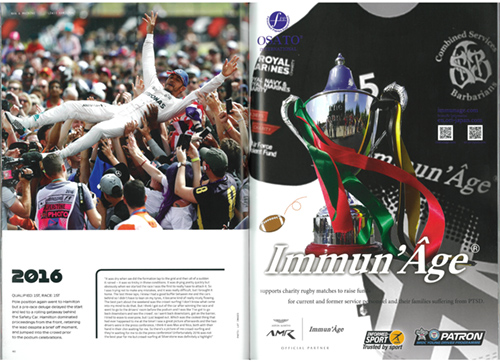 Nothing supporting motorsports, but ImmunÂge also supports the activities of "Combined Services Barbarians," a rugby team established with the aim of supporting current and former service personnel with PTSD.

ImmunÂge will continue to support those who are engaged in sports from health aspects.