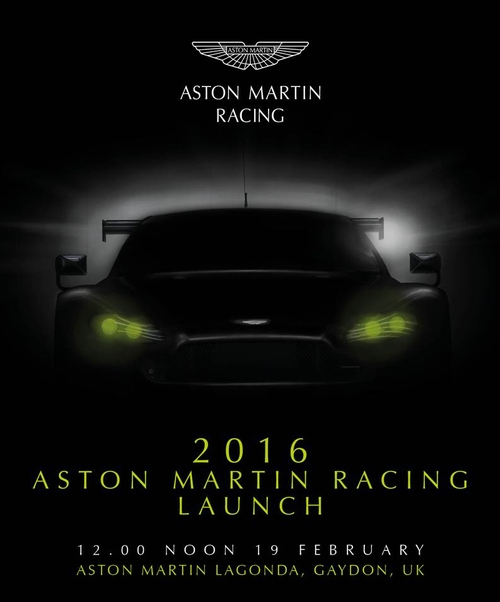 At 12:00 noon on February 19, Aston's partners and collaborators got together from all over the world at Aston Martin's Gaydon headquarters and Aston Martin Racing unveiled their new racing cars and introduced their drivers for the 2016 season.